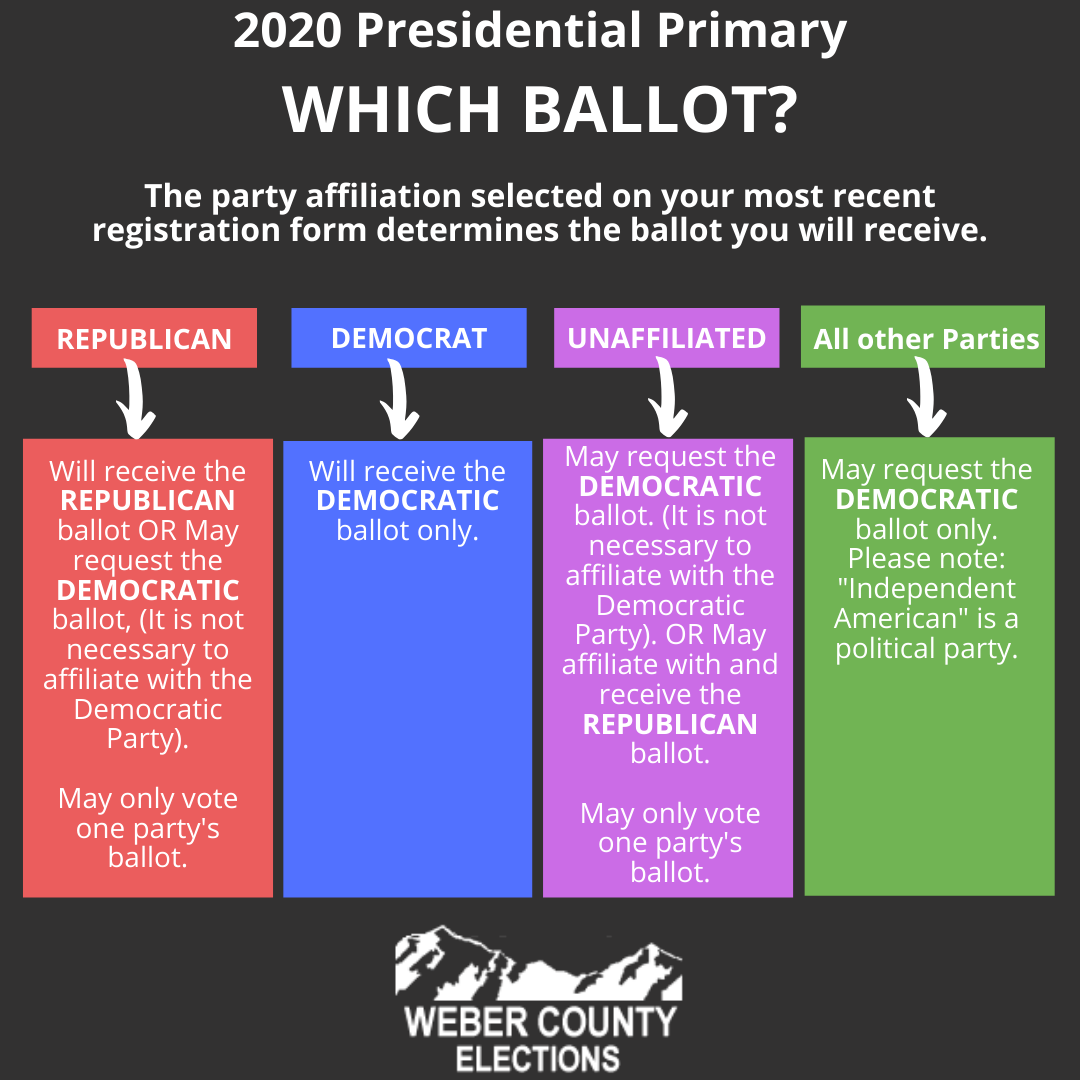 The Presidential Primary in Utah is Tuesday, March 3rd. Weber County has sent the following information below.

Political Scientist Larry J. Sabato stated “Every election is determined by the people who show up.” This year residents of Weber County have three elections they can choose to “show up” and make their voice heard. A Presidential Primary, June Primary and the November General Election.

How can I participate? Ballots are mailed to every active registered voter that belongs to or has requested a ballot for a political party holding a primary election. Voting has never been easier! Ballots will be mailed out about three weeks before each election can be cast three different ways. 1) Ballots can be mailed back with a first class stamp 2) Ballots can be placed in secure, 24-hour drop boxes located at every city hall and public library. There is even one on campus at Weber State. 3) Voters can vote in-person at the Weber Center starting the Wednesday before the election or at Ogden’s Union Station on Election Day. Skip the line by voting by mail or in a drop box.

For more information visit www.weberelections.com to update your voter registration or to view a sample ballot with bios visit www.vote.utah.gov

Let's make the most of Fall. Huntsville's Green Waste Landfill is now open to Town residents only on Saturday's from 10 a.m. to 1 p.m. The cost is $5.00 a day or $20 for a 5 punch pass. The Landfill will take yard waste up to 4 inches in diameter.

Looking for an oppotunity to make a difference in your community and volunteer. The Weber County Sheriff's office is looking for those that are willing to be the extra eyes and ears in the Ogden Valley. Please consider this great opportunity!